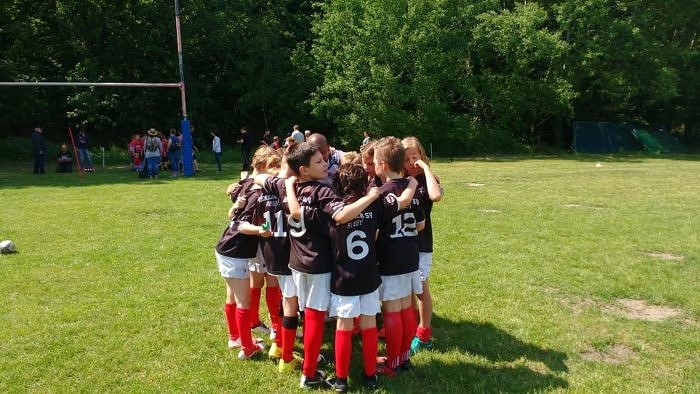 The ten players of the BSV-U10 team arrived at the 2018 Sanssouci-Pokaltournamenton Saturday highly motivated – after the previous two BSV-U10 teams came close, having reached the final two years ago and semi-final last year, the BSV-U10 team was ready to win the tournament in 2018! The weather conditions were near perfect, with 24 degrees and sunshine predicted on both days, thus allowing for fast running rugby. The 13 teams in the U10 tournament were divided into 4 groups with BSV in Group B with an unfamiliar opponent in Hamburger Rugby Club (HRC) and the more familiar Berliner Rugby Club (BRC).

In the opening game of the tournament against HRC, the BSV players quickly impressed their opponents (including the HRC coach) by dominating the breakdowns and quick recycling of the ball by Mark, who was filling in at the scrumhalf position for Emma-Luca, who missed the tournament. HRC scored the first try by exploiting some open space on the right wing, but a BSV break from the halfway line just before halftime and quick hands from Klara put Richard in open space. With still some 15m to the tryline, Richard pinned his ears back and sprinted for the corner flag leaving 3 HRC defenders in his wake, and levelling the score just before the break. HRC tried to compete at the breakdown in the second half by committing more players, but this created more space out wide for BSV. After securing possession inside the BSV half of the field, Mika picked up the ball from the ruck and after breaking through the tackles of 2 HRC players with brute force, had a straight run to the tryline to put BSV into the lead. HRC had two teams at the tournament and thus the luxury of swapping players between their teams. They brought on a few fresh players in the last 5 minutes of the game and started to hold onto the ball better by passing instead of going to ground. With better ball retention, their stand-out player of the tournament was able to step his way though a few BSV defenders and score to level the game at 2-2, which turned out to be the final score. It was a fantastic game all round and a great start to the tournament for BSV!

The second and last game of the first day against BRC was an easy 4-1 win at the end for BSV with tries coming courtesy of Mika, Linus, Kenny and Mark.

A 5-5 draw between BRC and HRC meant that BSV topped Group B and would face Germania-List Hannover (GLH) in the quarterfinals on Sunday.

Unfortunately after Day 1, BSV lost two key players in Jannis and Mats, as well as the calming influence and expertise of Coach Leo. With only 8 players available on Day 2, BSV was forced to play the rest of the tournament with only 7 players on the field and 1 substitute. Within the fair play spirit of the tournament, the quarterfinal opponents GLH offered BSV extra players from their substantial reserves, but the coaches finally agreed on playing 7 against 7, instead of the usual 8. BSV certainly had a challenge ahead, but the players were ready to meet it head on! It was after all, knock-out rugby. The physical advantage of opposition was visible when the teams lined up at the start the match. GLH’s game plan was obvious: Give the ball to their two battering rams in the middle who would try to bulldoze through the BSV players. This didn’t materialise though because the BSV players met the GLH battering rams full on, quickly closing their space through a rush defence and double-tackling. With more BSV players committed to the tackle and ensuing breakdown, the backline players needed to be alert to the dangerous GLH runners. Every ruck was a contest with both teams trying to counter-ruck the other off the ball. Speed to the breakdowns and vision was crucial. The middle pods of Richard and Valerie on the left and Mika and Klara on the right were outstanding, and the quick thinking of Linus, who came off the wing to help secure the BSV rucks, allowed BSV to retain possession when in attack. But the physical nature of the game was energy sapping. After holding onto the ball through a few phases towards the end of the first half, GLH were able to score and take a 1-0 lead into halftime. BSV needed to score first in the second half to get back into the game, but a fantastic chase-back defensive effort from GLH and tackle into touch close to the tryline on two occasions stopped Mika and Richard from scoring. BSV fought on bravely in the second half but like against HRC on Day 1, GLH was able to bring in fresh players for the last few minutes of the game and finish the game off 3-0. Despite the defeat, it was probably the best BSV-U10 team performance of the season so far. Courage and determination cannot be coached; it comes from within and every one of the 8 BSV-U10 players demonstrated these qualities in the game against GLH. BSV unfortunately lost their inspirational and outstanding scrumhalf, Mark, in the last play of the game due to a knee injury. But as a true team player, Mark stayed on all bandaged up to cheer his BSV team in the remaining two games of the day.

The next game was the ‘Loser Semi-final’ against the other HRC team, however, our opponents looked very familiar. Nevertheless, we play what is in front of us and our new tournament goal was 5thplace. Without a substitute, positions had to be reshuffled: Mika stepping in for Mark at scrumhalf, Linus coming in off the wing to join Klara in the right pod and Leonel stepping into the team, in his first tournament for BSV, on the wing. The disruptions, waning energy levels and HRC stacking their team were just too much for BSV, who were thoroughly outplayed, going down 0-3. Special mention to Valerie, who lived up to her name, for her outstanding valour and team spirit in playing the whole game with an injury near her eye, knowing that BSV did not have a substitute!

BSV approached the last game of the day against RC Oranien Raptors for 7thplace perhaps too complacently.  In what was supposed to be a game, where the BSV players were to ‘have fun’, it was perhaps one too many for Coach Russell, who regrettably allowed his frustration to boil over with the referee and players. The coach’s loss of control unsurprisingly filtered to the players – after losing the game 1-2, BSV ended the tournament in 8thplace.

Special thanks to East, Roman, Ohle, Lennart, Romy and all the parents not mentioned for the fantastic organisation. The Sanssouci-Pokaltournament should remain the highlight in the rugby calendar and BSV-U10 looks forward to participating again in 2019! 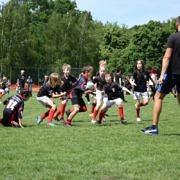 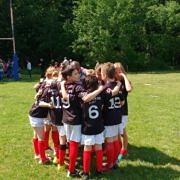 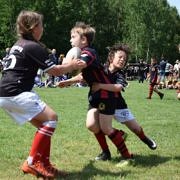 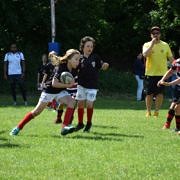 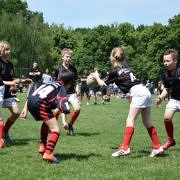 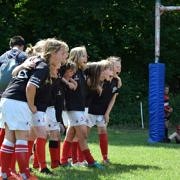 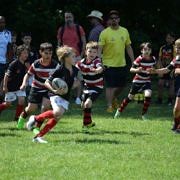 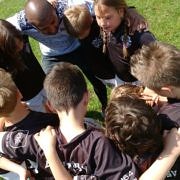 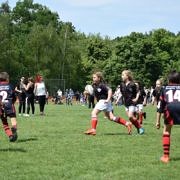 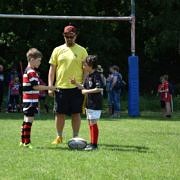 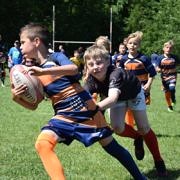 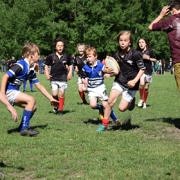 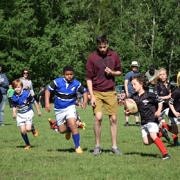 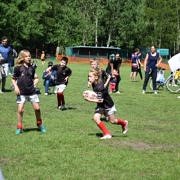 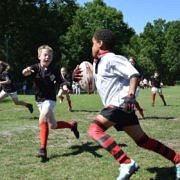 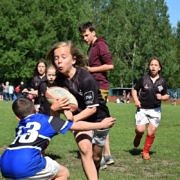 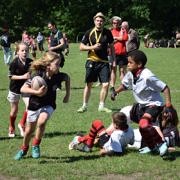 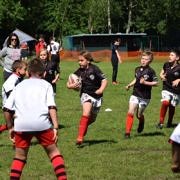 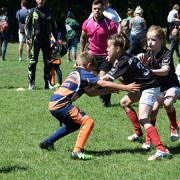 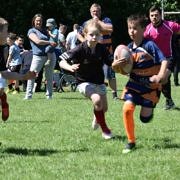 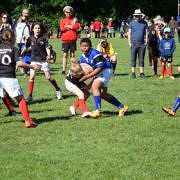 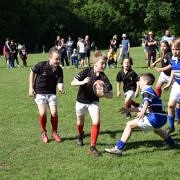 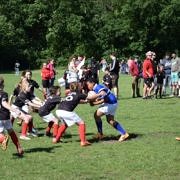