U10 Home Tournament at the Forcke: The rugby was far better than the weather!

Home » News » Kinder » U10 » U10 Home Tournament at the Forcke: The rugby was far better than the weather!

The day was cold and wet, but the rugby was exciting and invigorating. 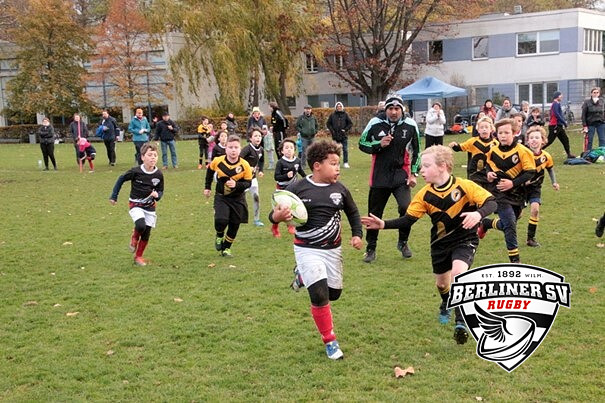 The team of BSV White first took to the field against BRC Red, and it was an even, finely fought contest. Strong tackling from the beginning was a feature of the whole day, unfortunately our attack was not working to well, in the end we went down to the stronger team.

The match against the physically bigger Hohen-Neuendorf was also closely fought, when we managed a couple of well worked tries, but not enough to get us a win, this match finished all even. Again, the tackling was our strongest point.

Our third match was against RK03, a well-organised and motivated team, and here our defence, after heroics in earlier matches, just couldn’t handle the pressure. The heads never dropped, and the players kept going, passing, attacking and supporting each other, but it was not to be.

Our last match of the day was just after the heaviest rain of the day, so the ground was very wet and muddy. But against the BRC White team, we suddenly found a good rhythm and the tries started to come. Now playing 6-a-side, this match finished will all six of our players on the score sheet, due to good support play and a simple wish to go forward, all the time.

Following a couple of last-minute cancellations, we didn’t have the numbers to use substitutes, and this had a negative effect on our play throughout the tournament. Bring able to rotate players is a great help, and this is where the stronger, bigger clubs have a great advantage.

The opening match against BRC-White was a one-sided affair with BSV-White scoring more than 10 tries to make a winning start to the tournament. Seeing the team playing with smiles on their faces and even sharing the tries amongst each other showed that our tournament (and training) goals were being met: Everyone in the team having fun and giving your best for the team!

The second match against RK03-Yellow was tougher. A draw in previous tournaments was the best result against our rugby friends from Weisensee. BSV-Black were intent on continuing the winning start, but had to do more defending. It was a back-and-forth match with tries from both teams keeping the game a fairly even one. Two late tries from RK03-Yellow gave them a hard-fought win. A win for BSV would have broken the hoodoo, but it was not to be. This time.

The last group game was against Potsdam. There were excellent performances from the BSV-Black players, all of whom were ready to take on all opponents without regard for their size. BSV-Black took a quick 2-0 lead, but a mix of complacency and strong team play from the opponents denied BSV-Black a second win. It was an excellent lesson in playing right until the final whistle. Potsdam scored their well-worked second try in the very last play and the draw was an accurate reflection of the game.

The final place match against BRC-Red was nearly called off due to the weather, but the players were happy that it went ahead. It was a real battle against an experienced and well-drilled team, which didn’t give an inch. The muddy, wet, cold, and tired players left everything out on the pitch, and were still positive and smiling at the final whistle.

Thanks to all the BSV-parents, helpers, organisers for making sure everyone could stay dry (though there were still those unlucky not to fit under the tents), to the caterers and Grillmeister ensuring that there was something warm and tasty all tournament long to keep people happy and fed, and lastly to spectators who braved the weather and the mud to be richly rewarded with some excellent rugby on display. 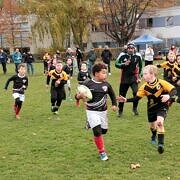 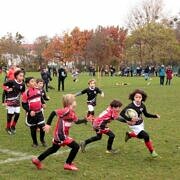 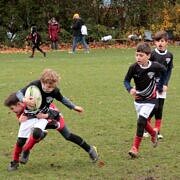 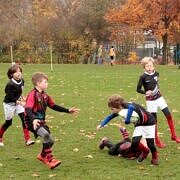 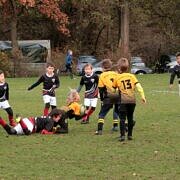 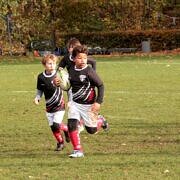 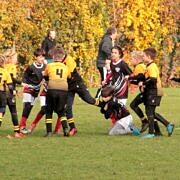 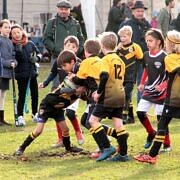 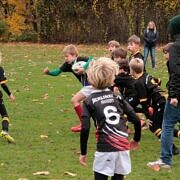 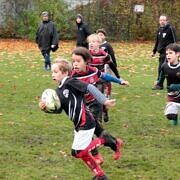